Article: Why Corvettes are Synonymous with Astronauts

“Why Corvettes are Synonymous with Astronauts.” 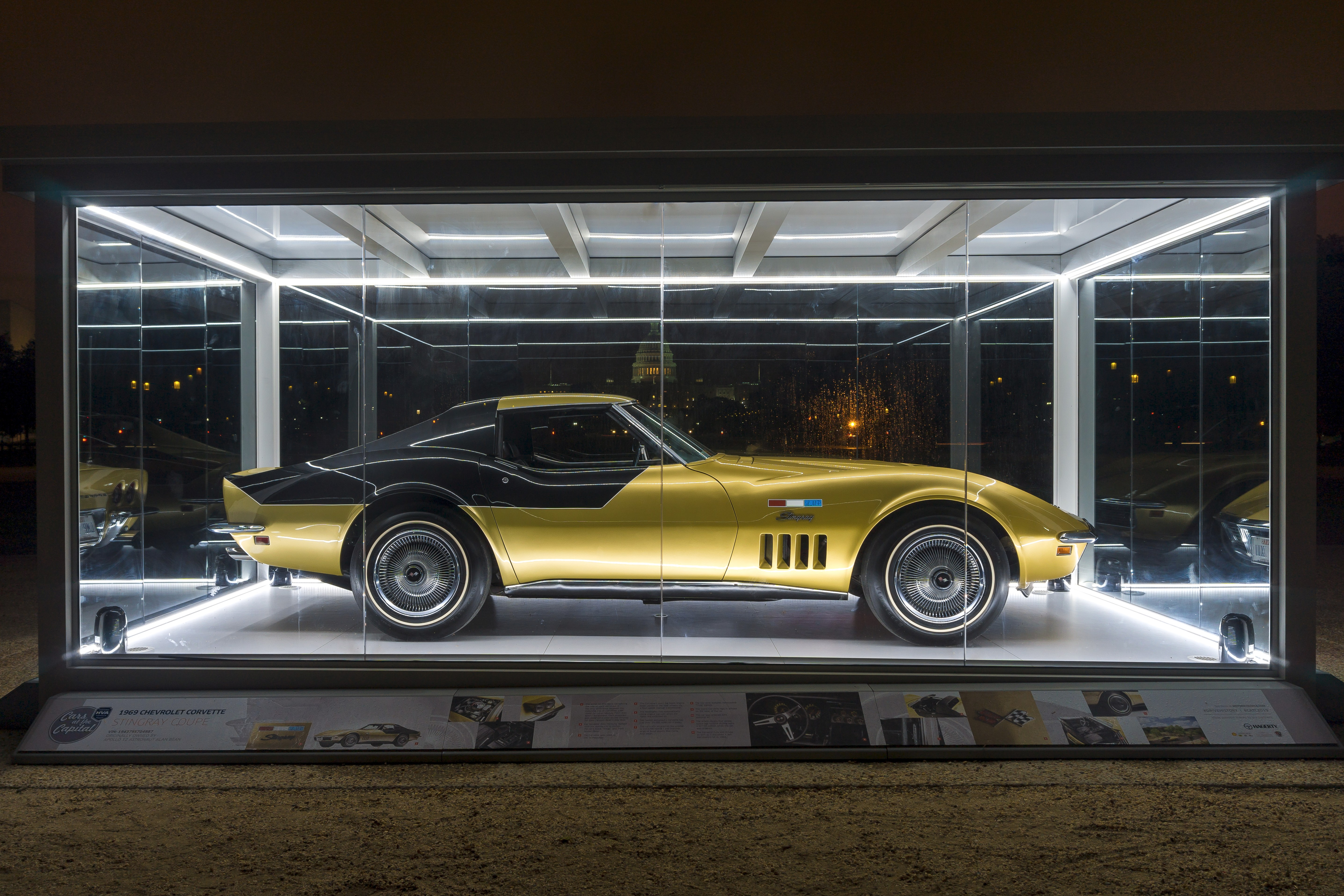 It’s the summer of 1969 and you’re driving home on the sandy back roads near Cape Canaveral when two Corvettes come screaming past. It’s nothing you haven’t seen before. Everyone near The Cape in the 60’s knew that America’s latest hometown heroes had made the town a personal racetrack while they were grounded. But you still take notice of those new Corvettes and how great they look in their gold and black livery. The next day you find the nearest Chevrolet dealership, sell the family hauling station wagon, and purchase a brand-new Corvette… or at least that’s what GM wanted to happen.

A lot of these new space explorers came from a test pilot background, testing some of the most cutting-edge aircraft and instruments of the time. Most picked up habits for high speeds and living on the edge, always looking to prove who was fastest on the ground and in the air. The astronauts were the perfect test bed to help influence America’s opinion on the best sports car.

Photo by General Motors featuring Alan Shepard and his 1962 Corvette

Jumping back to 1961, in his return from becoming the first American in space, Alan Shepard was gifted a new 1962 Chevrolet Corvette by GM (Pictured above). Shepard would often show up to training for his flight in his 57’ Corvette, so it will come with no surprise that Shepard accepted to be gifted the 62’ Corvette. General Motor’s generosity would have ended there if it hadn’t been for Jim Rathmann, an owner of a Chevrolet Dealership in Melbourne, Florida.

Rathmann was also an accomplished racing driver, landing on the podium 4 times and even winning the 1960 Indianapolis 500. His dealership was the go-to spot for performance parts and tuning, so it didn’t take long for Rathmann to befriend the astronauts and help them build up their sports cars. After their friendship blossomed, Rathmann realized that these astronauts were just buying the sports cars that were budget friendly, not the ones they truly wanted. So, in lieu of the situation, Rathmann reached out to Ed Cole, the American Automotive Executive for General Motors at the time, and a leasing agreement was made. Ed Cole and Jim Rathmann wanted to make sure that if these men were seen driving, it was in a Chevrolet. This special lease was only available at Rathmann Chevrolet, and the program made it possible for any active-duty spacemen to lease up to two Chevrolet vehicles for $1.00 each a year. By 1967 six out of the seven Mercury crew members had made use of the deal. Out of those six crew members, five took themselves home in a big block powered Corvette. All were paired with a manual transmission. The sixth was John Glenn, he chose to get a new station wagon for his wife and kids and kept daily driving his NSU Prinz. He may have already gotten his fill of thrill seeking through NASA. 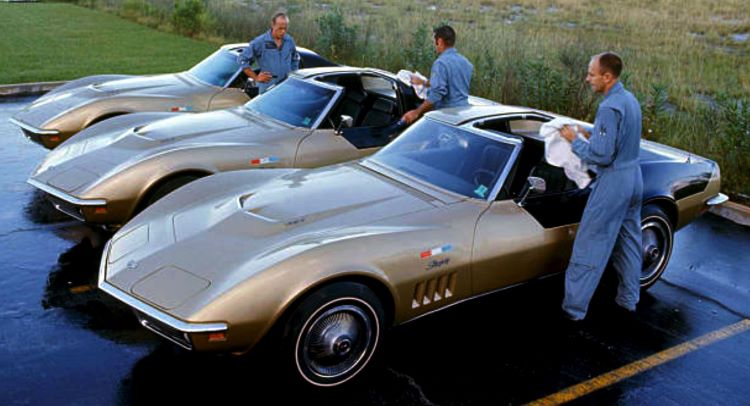 Later in 1969, the Apollo 12 astronauts were excited to get their hands on their own Corvettes, but they wanted to do things a little differently. Instead of making it a competition. Dick Gordon, Charles “Pete” Conrad, and Alan Bean all leased matching Corvettes. The three 69’ ‘Vettes rolled onto the lot equipped with a 390 Horsepower, 427 Turbo Jet V-8, paired with four speed manual transmissions, and a PosiTrac 3.08 rear axle. For the interior, it came with black vinyl interior, and of course… air conditioning, I mean it is still Florida.

The unique livery, designed by Alex Tremulis specifically for the three astronauts, utilized the “Riverside Gold” from GM and added black wings over the rear quarters to mimic the lunar module. 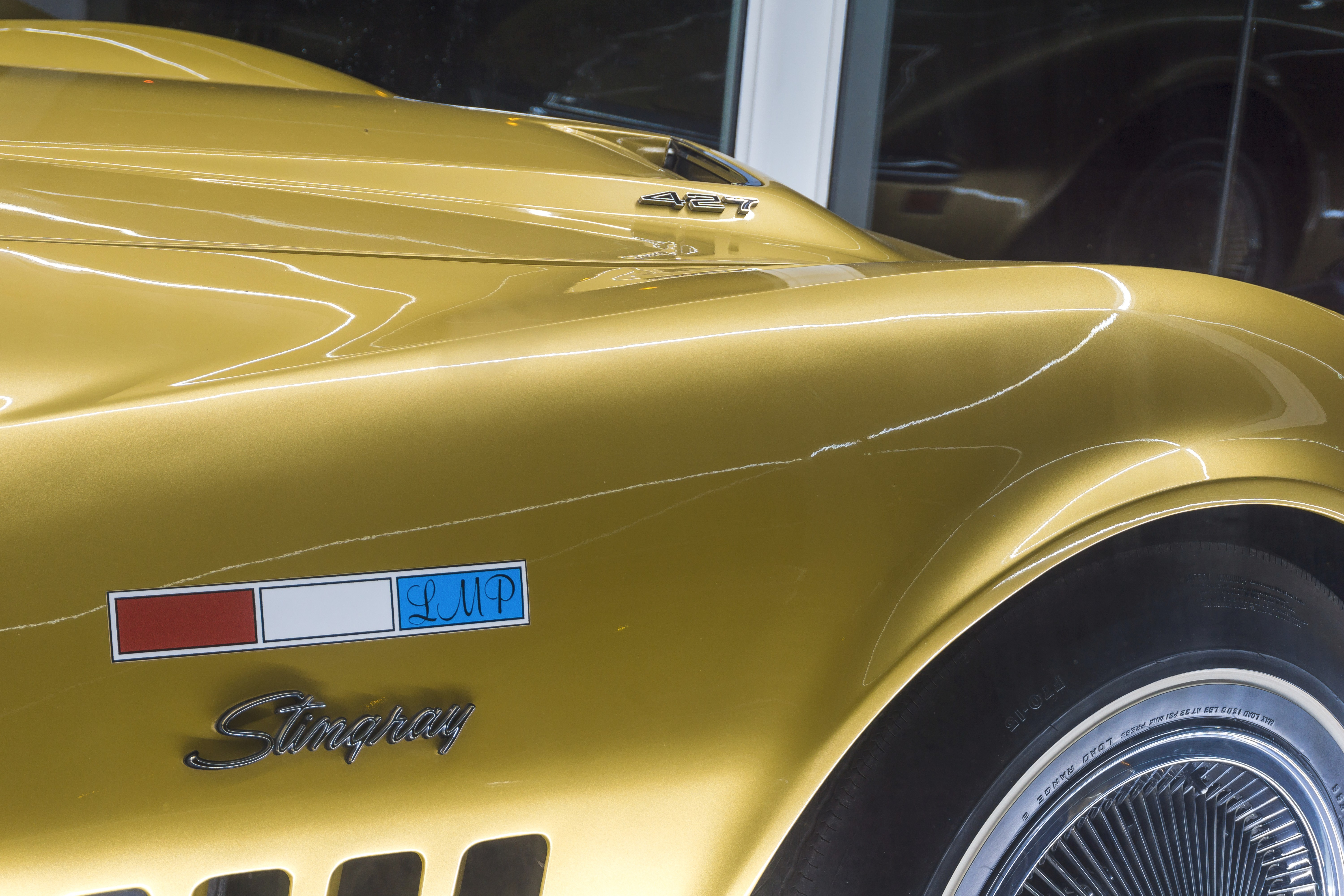 If the drivers weren’t around the only way you could tell the three cars apart was the decal over the Stingray emblem on the front fender. Each Apollo 12 Crew member was assigned a color during their flight to easily distinguish each other’s belongings. Only on their cars, in their NASA assigned color, it had an abbreviation of the job they held while in space. Conrad’s ‘Vette in the red square, had “CDR” because he was the mission commander. Gordon was assigned white, and in his square, it had the letters “CMP” for Command Module Pilot. Lastly and shown in the photo above is Alan Bean’s Corvette, proudly sporting “LMP” for Lunar Module Pilot in the blue square. Bean’s car is the only one to survive through the last 50+ years and is currently owned by Danny Reed of Austin Texas. Reed spotted the AstroVette in 1971 on a General Motors Acceptance Corporation lot being sold under a closed bid. Later, he managed to take home the car for just under $3,300. In an interview he stated “It (the corvette) will never belong to me. This will always be Alan Bean’s car…”.

Astronaut Alan Shepard wasn’t the only person on Earth to be gifted a car for being their countries first person in space. Cosmonaut Yuri Gagarin was gifted a Matra Djet, a French rear mid-engine sports car, for being the first Russian in space. Yuri beat Shepard into space by just over a month. 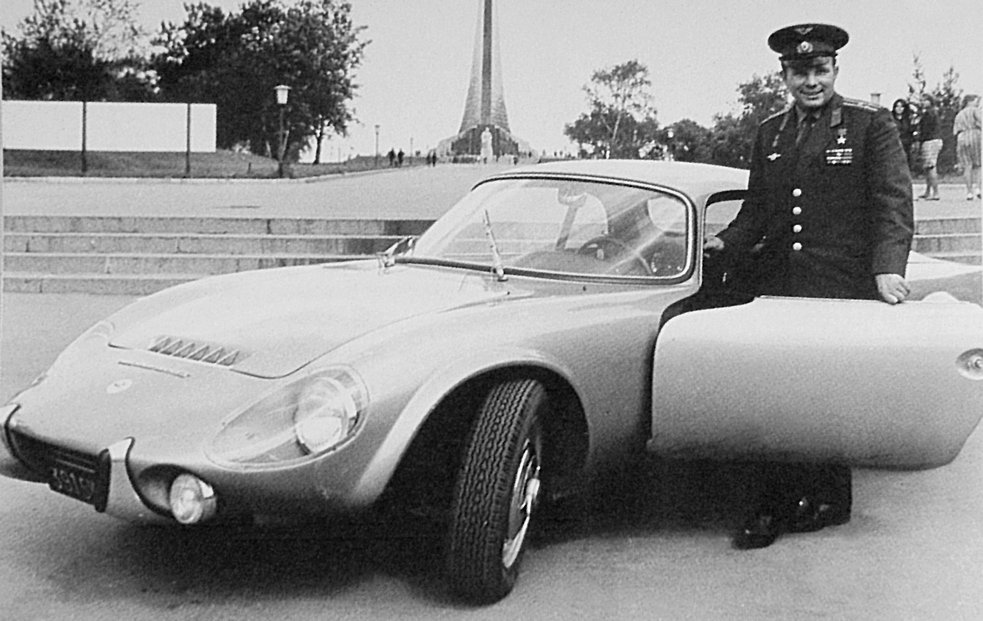 Disclaimer: I do not own any of these photos. please note that all images and copyrights belong to their original owners. no copyright infringement intended.