FIRST PLACE AUTO PARTS loves all things muscle cars. We have built our business around offering the best quality restoration and performance parts for the American Muscle Car and we are made up enthusiasts just like yourself

Before we get started you might ask yourself “who is this guy?" and "why do I care about his opinions on the easiest muscle cars to restore?” Fair questions.

I’m a car guy and have bought, built and owned American muscle cars of just about every make, model, and year. I have been a guest builder on the TV show Overhaulin with Chip Foose, driven an 800 hp Z28 on power tour and have represented companies at SEMA for many years. I have worked in the automotive aftermarket in high level positions within the restoration market in both the retail and manufacturing segments for over 20 years. I have what one might call a "unique view" of the automotive restoration market and have seen and experienced the pro-street, pro-touring and resto-mod trends over the years and currently am stuck on the “Gasser” movement with my 56 Chevy. But enough about me.

Today at First Place Auto Parts we are going to take a look at the easiest muscle cars to restore and perhaps more importantly, explain why a particular car is easier to restore than other examples.
Restoring a 50-year vehicle sounds easy doesn’t it? Turn on any car themed TV show and apparently it can be done in a week or less, right? For the most part that misconception fueled by the magic of TV editing. You’ve heard of dog years right (every 1 human year = 8 dog years)? Apply that logic to car restorations on TV and apply the same logic I was fortunate enough to be a guest builder on the TV show “Overhaulin” with Chip Foose titled “America’s biggest beater”. We did build car in 7 seven days but it took the coordinated effort of a team of builders, painters, interior specialist and companies that made and sold restoration and performance parts flooding the shop with the parts and supplies needed to make it happen. Unless you win the car restoration lottery, that most likely will not be what you experience   I know from experience that the feeling of firing a new engine up and pulling your newly restored dream car out of the garage for the first time is like no other. Every road is more interesting and fun when behind the wheel of a classic Muscle Car so let’s get started on picking the cars that will be the easiest to restore. 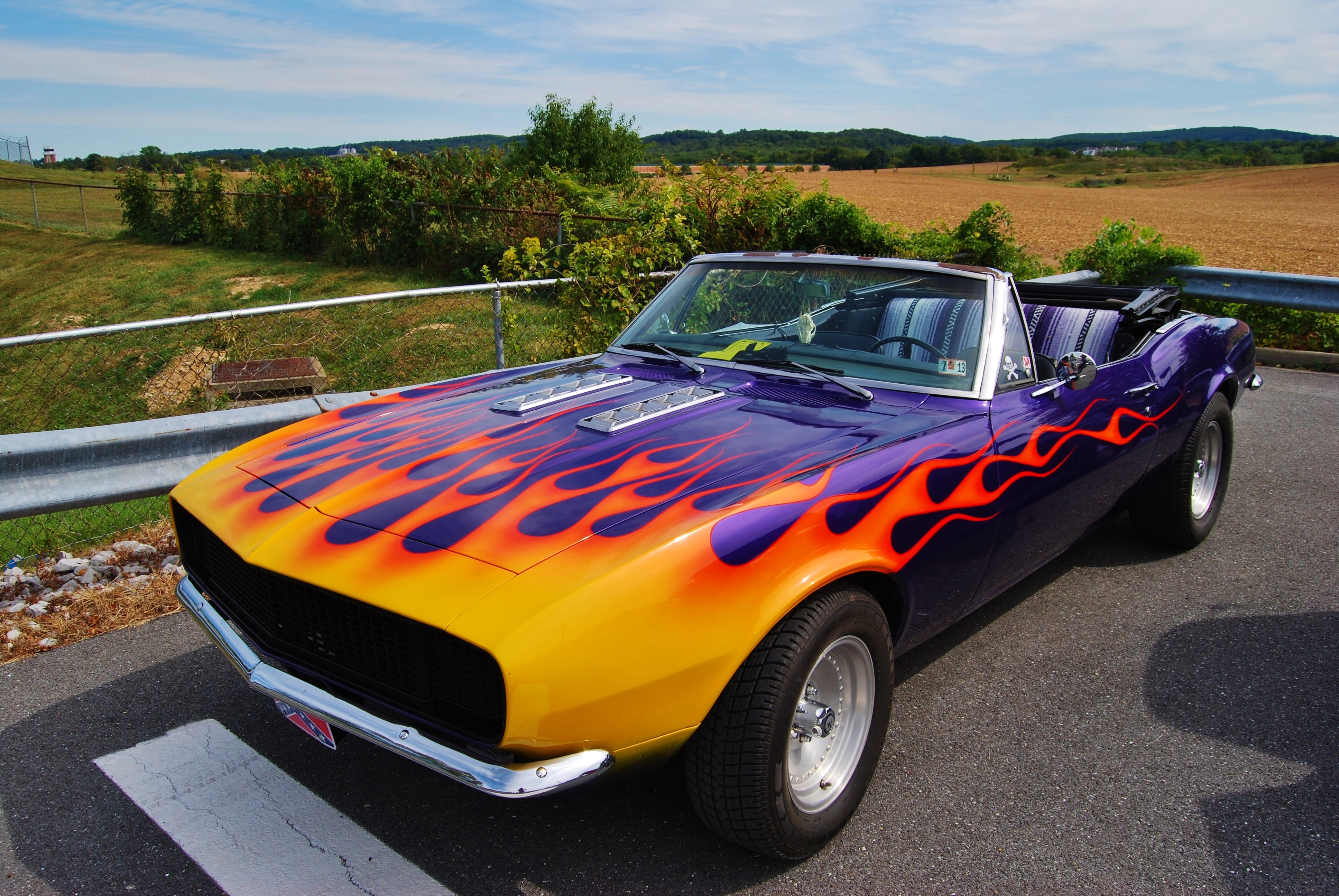 
Parts availability is key to restoring any muscle car. Sheet metal rusts, suspension and drive trains wear out and interiors fade. One of best supported American Muscle cars is the first generation of the Chevrolet Camaro. Made between the years of 1967-1969, the Camaro was Chevrolets opening salvo into what was known as the Pony Car Wars. Almost 700,000 Camaros were produced in the 3 years that made up the first-generation Camaro and you can still find unrestored versions hiding in garages and barns. The first generation of Camaro has an unparalleled level of parts available to restore or modify a chosen vehicle and can even be built using a completely new body that is available now. The 67-69 Camaro’s are highly visible and desirable which keeps restored cars re-sale value high and when combined with incredible support of the restoration parts that are available, makes the 1967-69 Camaro a can’t miss for this list. 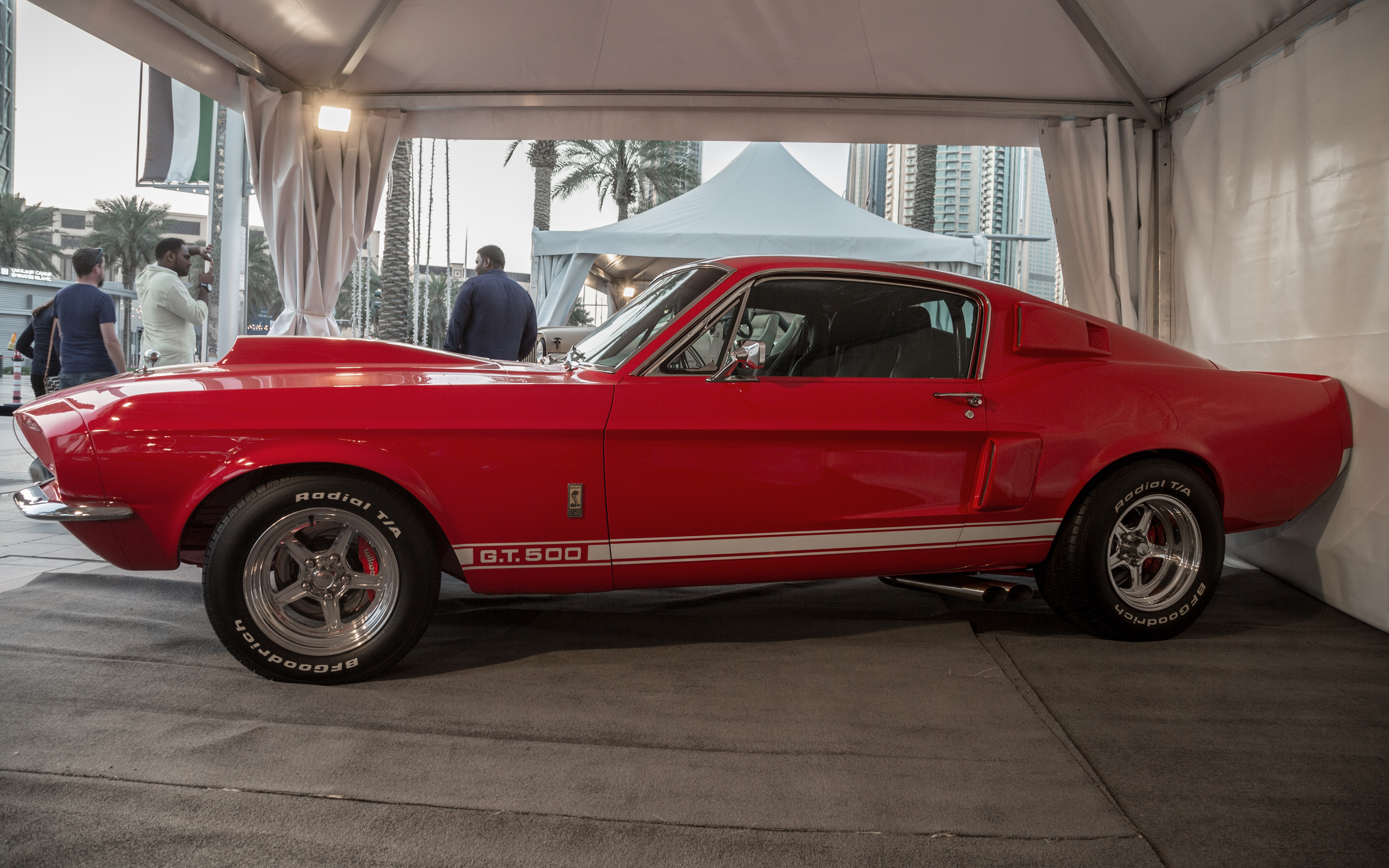 
Also, on the list of the easiest cars to restore is the car that started the Pony Car Wars and that is the 1964.5 – 1970 Ford Mustang. Selling at a rate of a million Mustangs in its first 18 months of production, the first generation of Mustangs is loved both by enthusiast and the restoration market. Similar to the Camaro, every part for the early Mustangs, including new complete bodies, is available and easy to get. When buying your project Mustang, always buy the most complete and rust-free version of the car you can afford. Early Mustangs could develop severe rust issues in the cowl box and trunk area. The money spent on a better, more rust-free Mustang will more than pay for itself as your project progresses in reduced parts and labor cost. Offered as a Fastback, Convertible and Coupe body styles, the Mustang is a relatively simple car to restore and an ideal car for a first-time restoration. High demand keeps interest and re- sale values high making the early Mustang a great investment. 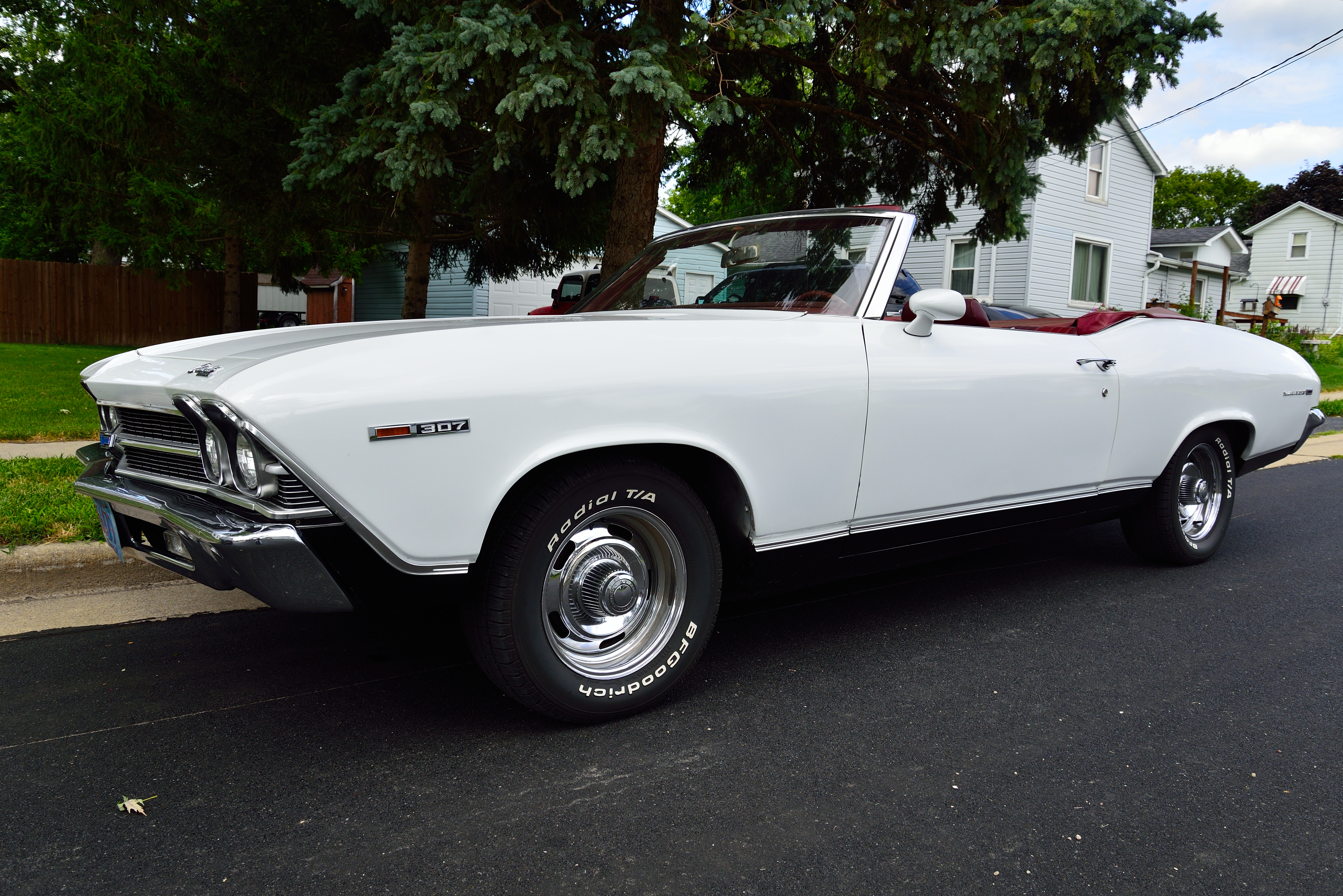 
The 1968-72 A-Body Chevelle was the full frame “everyman’s” car offered by Chevrolet in the late 60’s and could be had as a 2 Door Coupe, 4-Door and Station Wagon body styles. From drag strip to grocery store, it could do it all. Almost 2.5 million Chevelle’s were produced between 1968-1972 making it arguably one of the most prolific muscle cars ever made. Relatively easy to source and due to its robust “on frame construction”, the Chevrolet Chevelle is a capable platform from which to build everything from a high horsepower quarter mile ground pounder to a canyon carving g-machine. A restored 1968-72 Chevrolet Chevelle is a very desirable and strikingly good-looking muscle car. With a platform that is strong enough to take mild to wild builds and the fact that you can get every part needed to build or restore one of these car gives the car builder an easier path to project completion that other versions of the GM A-body platform 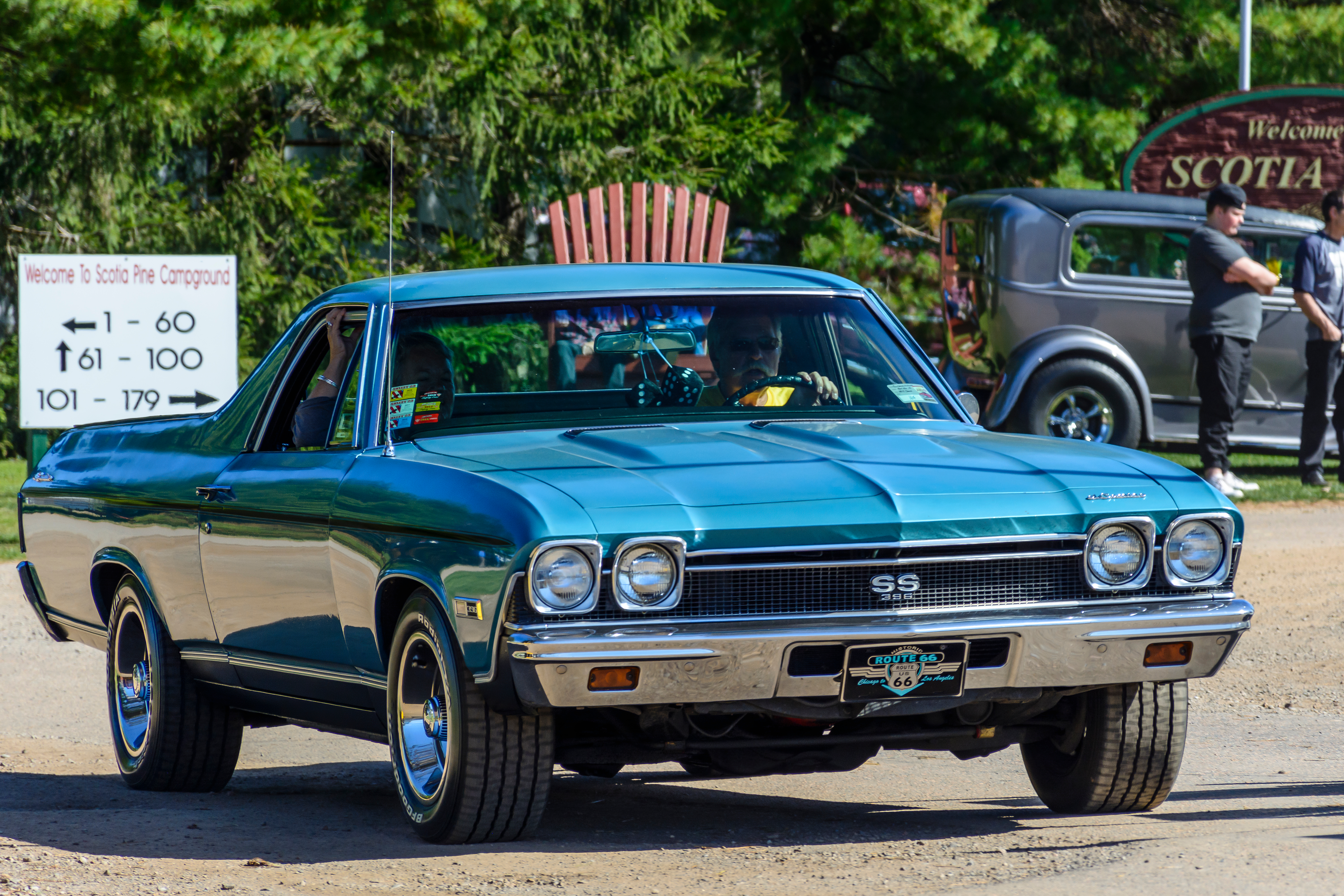 
For restorers that need versatility from their restoration project as well as performance, the 1968-72 Chevrolet El Camino may just be the dual threat vehicle that fits the bill. The A-Body based El Camino is the kissing cousin of the Chevelle making parts availability for the 1968-72 plentiful, affordable and easy to get. With an engine compartment big enough to house a small block or big block engine, the El Camino can haul or haul ass depending on your dream. Built on a ruggedly strong full frame and with the bed integrated into the body of the truck the El Camino handles and rides like a car but has the capability and usefulness of a truck. Roughly 234,000 El Camino’s were produced between 1968-72 making production a small percentage of its cousin the Chevelle and typically these small production numbers would hurt parts availability but it’s close relationship to the Chevelle means that this truck is well supported for the restorer wanting something different but still on the easy side of vehicles to restore 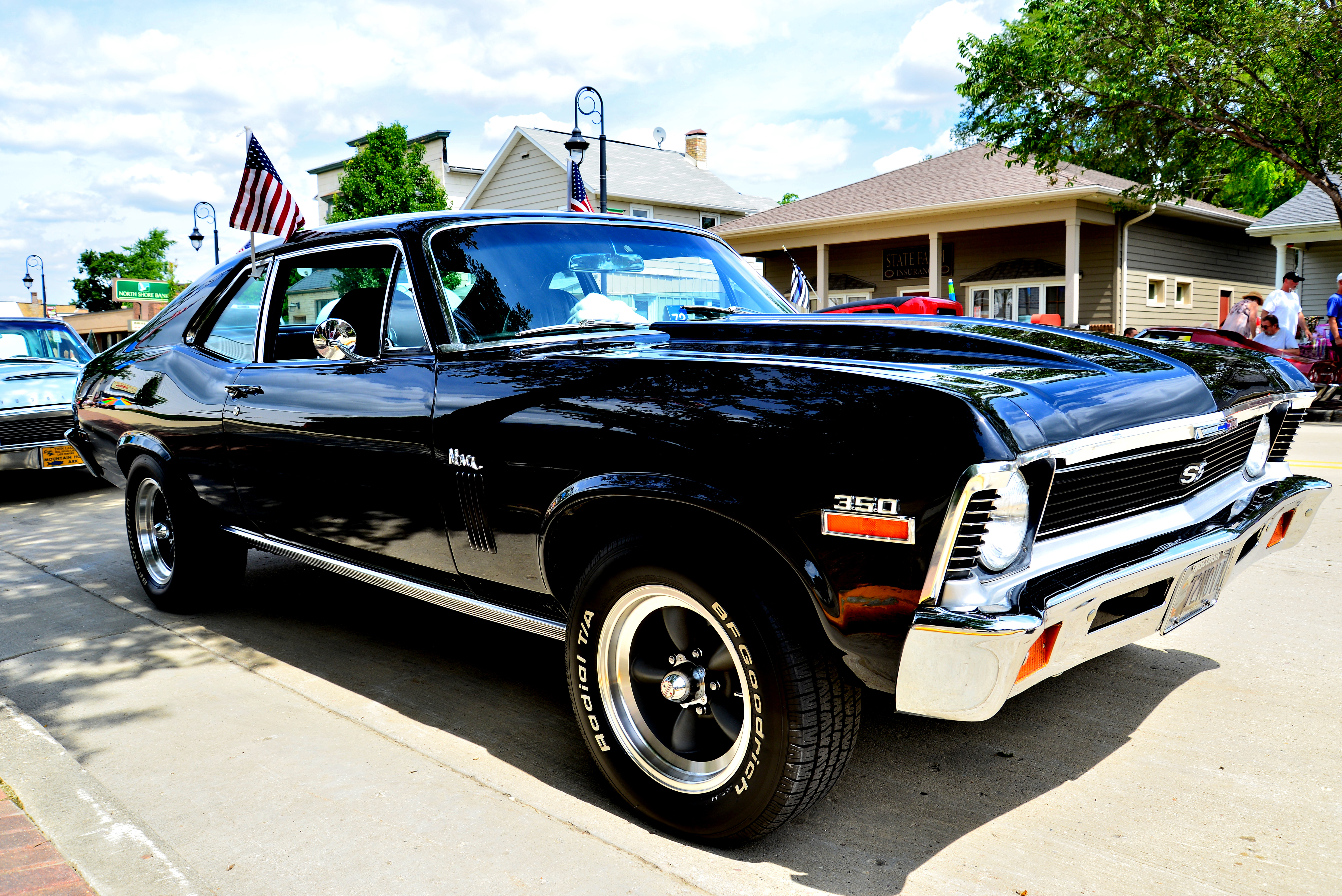 
The list of easiest muscle cars to restore would not be complete without the 1968-70 Chevrolet Nova. The 3rd generation 1968-70 Nova was Chevrolets compact X-body car that had many personalities and could powered by everything from a straight 6-cylinder, a 350cu inch small block or a 396 cu in big block. Smaller and lighter than the Chevelle, the Nova makes an excellent go-fast machine and makes this list not only due to it desirability but because there are so many performance and restoration parts available for it. The unit-body construction makes the Nova a simple car to work on due to its removable front sub-frame. Desirable, affordable and easy to restore, the Chevy Nova makes the list as one of the easier American muscle cars to build and restore